The Doobie Brothers are gearing up for a huge Notrh American tour to celebrate five decades together, and they're coming to DTE Energy Music Theatre on Sunday 2nd August 2020 with former lead vocalist Michael McDonald in tow! The 50th anniversary tour is an excellent opportunity for fans to hear all their favorite tracks from each era of the band's illustrious career, as well as brand new, never before heard songs! An absolute must if you love The Doobie Brothers! 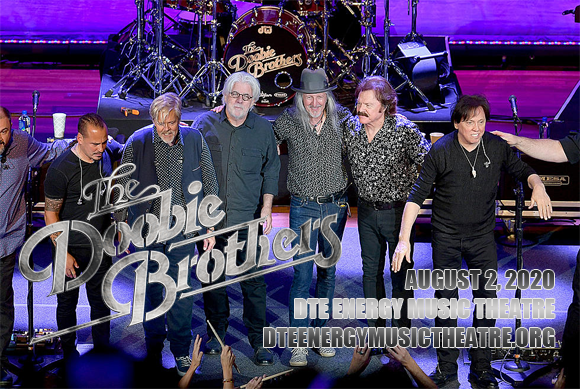 The Doobie Brothers formed in San Jose, California in 1970 and their unique fusion of mainstream rock and roll, folk, country and R&B throughout their first four albums, with lead singer Tom Johnston, saw them gain a large following and release several hit singles, including “Long Train Runnin'”. When Johnson left in 1975, they took on a more soulful approach, inspired by the addition of new lead singer Michael McDonald, who performed with the band until they split in 1982. Thankfully, the group's disbandment was temporary and they reformed in 1987, with Johnston as frontman once again. Ever since, the band has continued to record and tour together, with McDonald occasionally making an appearance as a guest vocalist. Inducted into the Vocal Group Hall of Fame in 2004, The Doobie Brothers are also nominees for induction into Rock and Roll Hall of Fame in 2020.