Zac Brown Band are hitting the road again, and they're coming to DTE Energy Music Theatre on Thursday 8th June 2017 promoting their fifth studio album, Welcome Home! The new LP will be a departure from the bands previous album Jekyll + Hyde, which saw them experimenting with many different influences, from EDM to jazz, and sees a return to their musical roots, so expect some top-quality country folk from this award-winning ensemble! 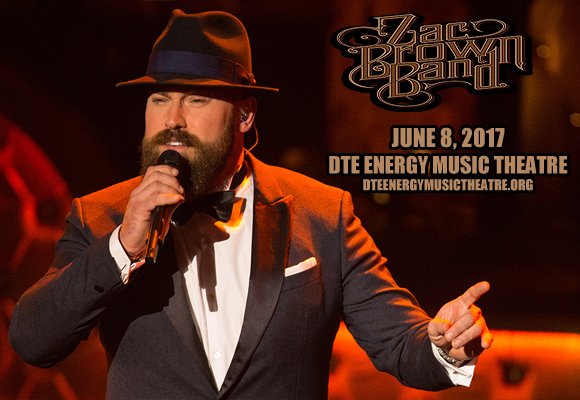 A favorite of country fans and jam band hippies alike, Zac Brown Ban's winning combination of country, bluegrass, reggae, and Caribbean music (to name just a few of the genres their music traverses) has earned them 55 award nominations from the Grammys, Academy of Country Music, American Music Awards, Country Music Association and Country Music Television, and has won them 8. Active since 2002, the band released their debut ablum The Foundation, which went triple-platinum, a year later. Its following two albums, You Get What You Give and Uncaged, are certified platinum. The band has released six studio albums, three of which have been in collaboration with Atlantic Records, as well as two live albums, one greatest-hits album, and two EPs.