Legendary hard rockers Van Halen are kicking off a mammoth tour this summer, playing more than three dozen shows across the continent in support of their upcoming concert album, Tokyo Dome Live in Concert! David Lee Roth, the band's original singer, will be fronting Van Halen for the tour and they will be joined by support act Kenny Wayne Shepherd! Get ready to jump at DTE Energy Music Theatre on Friday 4th September! 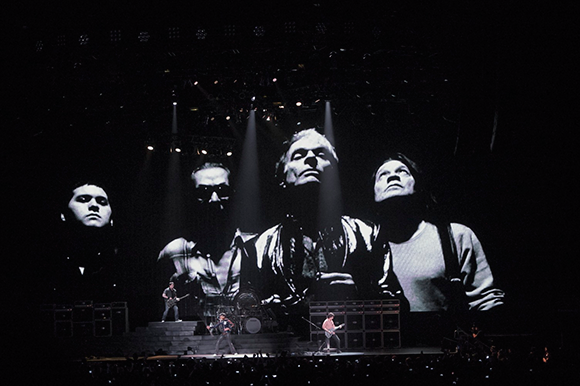 Ranked 7th on VH1's list of the top 100 hard rock artists of all time, Van Halen is one of only five rock bands that have had two studio albums sell more than 10 million copies in the U.S. Also, Van Halen have charted the most number-one hits in the history of Billboard 's Mainstream Rock chart and they are one of the world's best-selling bands of all time, having sold more than 80 million records. Formed in Pasadena, California in 1972, they became a staple of the Los Angeles music scene during the mid-1970s. Upon its release, their self-titled first album was acclaimed as both a hard rock and heavy metal album, reaching No. 19 on the Billboard pop music charts, one of rock's most commercially successful debuts. A string of multi-platinum albums followed in quick succession; 1979's Van Halen II, 1980's Women and Children First, 1981's Fair Warning and 1982's Diver Down, but it was their 6th studio album, 1984, that was the pinnacle of their commercial success. The album's lead single, "Jump", became an international hit and their only single to reach number one on the Billboard Hot 100.