With a string of Billboard Hot 100 hits like "Hey, Soul Sister," "Drops of Jupiter" and "Drive By" under their belts and no sign of slowing down, it's no wonder pop rock heroes Train are still so hugely popular! The "Play That Song" hit-makers will be joined by Natasha Bedingfield & O.A.R. on their mammoth 45-date summer tour, and they'll be heading to DTE Energy Music Theatre on Sunday 25th June 2017! 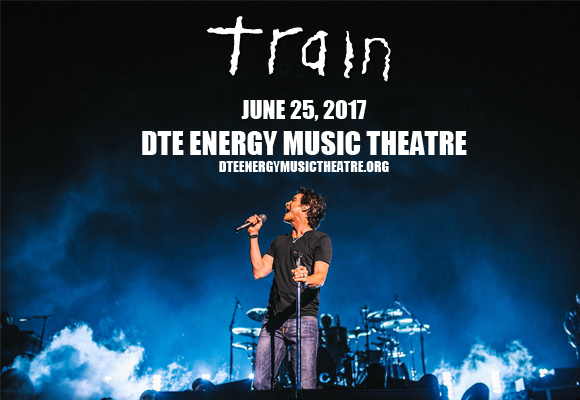 American roots rock band Train formed in San Francisco, and burst into the mainstream in 1998 with the release of their self-titled debut album. Their biggest success to date is their 2001 album Drops of Jupiter, from which came the lead single "Drops of Jupiter (Tell Me)", which earned the band two Grammy Awards the following year. RIAA 6x Platinum-certified international hit “Hey, Soul Sister” was another song that received widespread airplay. The single was taken from the album Save Me, San Francisco, which has been certified gold by both the RIAA and ARIA and has sold 954,000 units. A Girl, A Bottle, A Boat is the band's tenth studio album, released in January 2017.