One of the biggest 'partners in live' concert scene are back in business! Steely Dan & Steve Winwood are the moguls that keep the wheels of jazz rock music turning. And as they're embarking on a 2020 tour de force dubbed as “Earth After Hours”, a big wave excitement is brewing in the scene, particularly in the neck of the woods where Steely Dan & Steve Winwood are slated to hit the DTE Energy Music Theatre stage on Wednesday 24th June 2020. Save the date and lock-in those tickets. Click on the 'buy tickets' link on this site now! 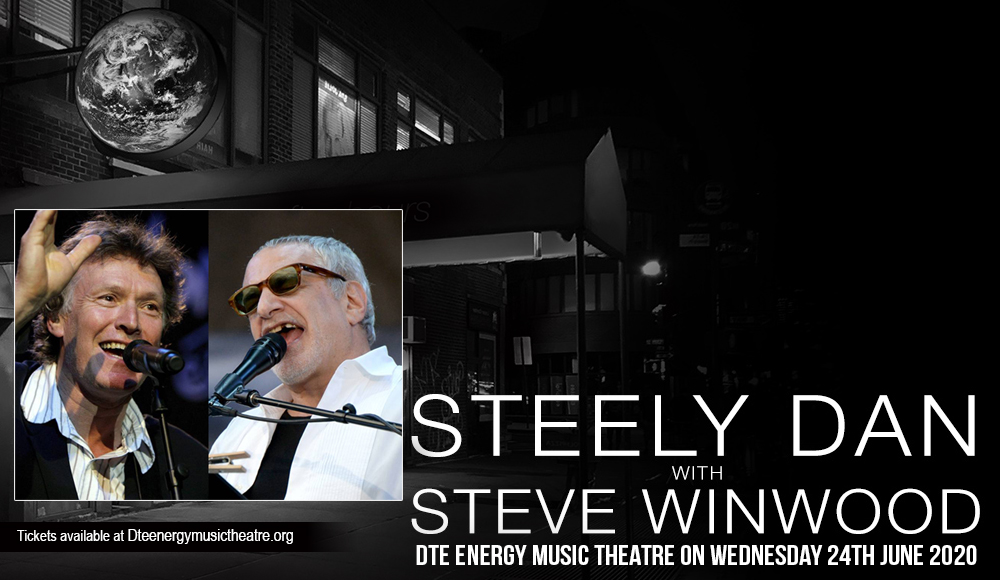 Steely Dan are the masters of blending rock, jazz, latin music, reggae, traditional pop, R&B, blues, and painstakingly brewing them in sophisticated studio production. Despite their raging success in the live concert circuit, there was even a time when they shunned tours and live performances to become a studio-only band. Rolling Stone has called them "the perfect musical antiheroes for the Seventies", back then. Steely Dan is known for their trademark horn and guitar arrangements, which are the focal points of their biggest hits “Reelin’ In The Years,” “Rikki Don’t Lose That Number,” “Dirty Work,” “Do It Again,” and many more. Steely Dan's has sold more than 40 million albums worldwide and their outstanding artistry was recognized when they were inducted into the Rock and Roll Hall of Fame in March 2001. VH1 ranked Steely Dan at #82 on their list of the 100 greatest musical artists of all time.

Steve Winwood is a one-man-music-machine who keeps the progressive rock, blue-eyed soul, rhythm and blues, blues rock, pop rock, and jazz scene alive and kicking. His musical genius is imprinted in the hits "While You See a Chance", "Valerie", "Back in the High Life Again". And his timeless appeal has spawned two US Billboard Hot 100 number ones, "Higher Love" and "Roll with It", charting 20 years after the start of his recording career. Winwood's "enduring influence on generations of music makers" was official bestowed upon as a BMI Icon, award in 2005 at the annual BMI London Awards. In 2008, Rolling Stone ranked Winwood No. 33 in its 100 Greatest Singers of All Time. Winwood has won two Grammy Awards to his name, including two nominations at the Brit Awards for Best British Male Artist: 1988 and 1989.

Some love jazz and some love rock…Get the best of both worlds at the Steely Dan & Steve Winwood concert. Book your tickets now!