Since bursting onto the scene in 2014, Sam Hunt has made ripples through the world of country music, creating a buzz wherever he goes… Now, Hunt is back and he's about to embark on a massive summer trek that sees him spending four months on the road, making music wherever he goes! Hunt will be joined on his 15 in a 30 Tour by fellow country sensations Maren Morris & Chris Janson, and he'll be heading to DTE Energy Music Theatre on Friday 16th June 2017, so book your tickets now and get ready for the party of the year! 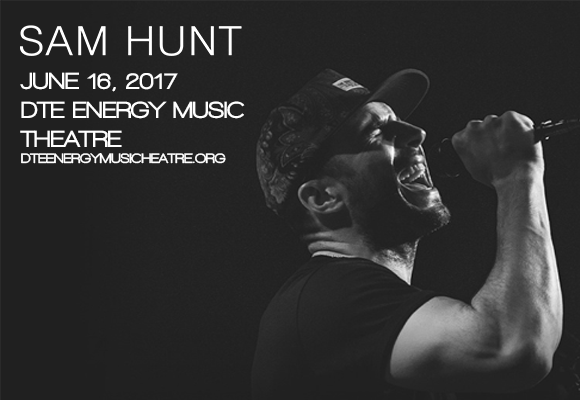 Beginning his career writing for artists like Kenny Chesney, Keith Urban, Billy Currington, and Reba McEntire, country singer Sam Hunt has since made a name for himself in the business as an artist in his own right. Topping the charts with his breakthrough debut album Montevallo in 2014, the best-selling debut album for a country artist since 2011, Hunt became the first country music artist in 22 years to reach the top of three country music charts simultaneously, the first country music artist since Clint Black in 1989 to occupy both year-end number one album and single, and the first solo male artist to land four number ones on the Country Airplay chart from a debut studio album. Montevallo launched a record-breaking four No. 1 singles and five Platinum and Multi-Platinum-selling hits including "Leave the Night On," "House Party," "Take Your Time," "Break Up In A Small Town" and "Make You Miss Me."