Bursting onto the stage at DTE Energy Music Theatre on Saturday 14th September 2019 for the final night of his four-date Hot September Nights takeover, Kid Rock is back and bigger than ever! The Michigan superstar is pulling out all the stops for his home crew, with electrifying stage production and a roster of nearly thirty years of solid gold party tunes to choose from! It's time to let loose like an American Bad Ass! 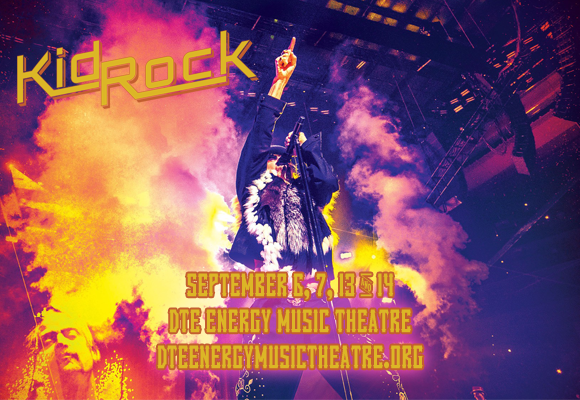