Jamband heroes and festival circuit icons Gov't Mule come to DTE Energy Music Theatre on Saturday 25th August 2018 for a very special show dubbed "Dark Side of the Mule"! Paying tribute to Pink Floyd's classic album Dark Side of the Moon, the band will be performing a full cover set, weaving their magic into these legendary tunes! They will be joined for another full headlining set by phenomenal folk act The Avett Brothers! 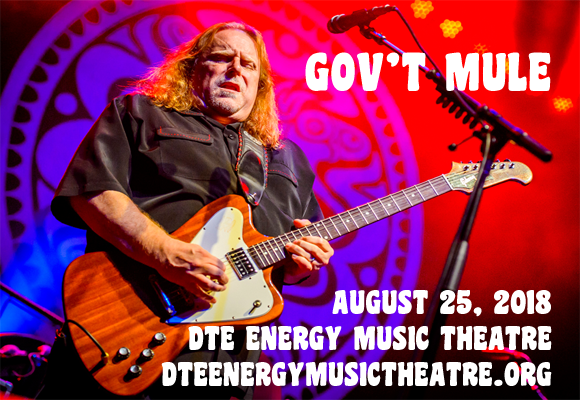