Are you ready for the End of the World Tour?? As if touring with Metallica wasn’t enough, Avenged Sevenfold have now teamed up with Prophets of Rage and Three Days Grace for a huge North American tour – coming to the DTE Energy Music Theatre on Tuesday 7th August 2018. No metalhead can afford to miss this – make sure you don’t!! Get your tickets today, while they last!! 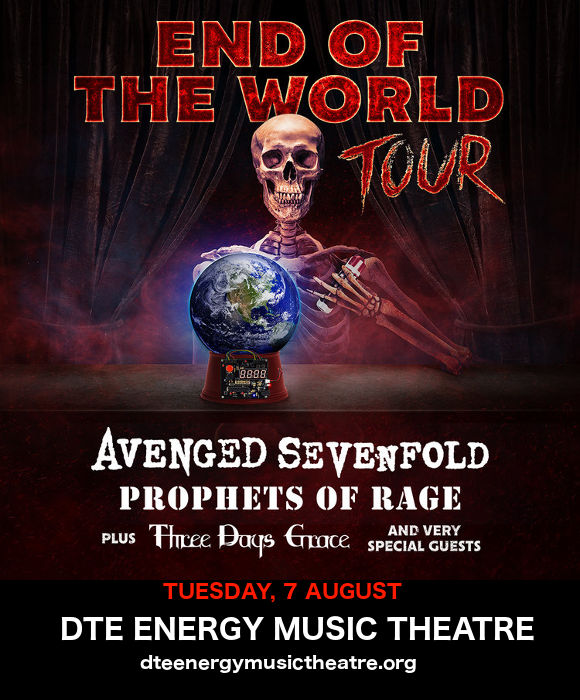 Avenged Sevenfold have toured with massive names in hard rock and metal from the likes of Bullet For My Valentine to Korn to a huge run with metal giants Metallica, but this marks the first time they’ll hit the road with The Prophets Of Rage. Comprised of band members formerly of Rage Against The Machine, Public Enemy and B-Real, the Prophets Of Rage are a supergroup to be reckoned with.

"They have experience from an era that we respect,” said M. Shadows of Avenged Sevenfold, speaking highly of their upcoming touring companions. "Growing up it was the music of the Nineties that spoke to us the most. These guys are legends and I hope the two audiences can come together to make something special!”

What are you waiting for?? Grab your tickets NOW, before they sell out!!