Dead & Company's tour bus has refilled its gas tank, raring to go on the long and winding road leading to at least 31 venues as they announced their massive U.S. tour for late summer and fall 2021. The announcement tweet that goes with the caption "What a long strange trip it's been … ", the band has drummed up excitement for fans who've longed for a live jam session since the lockdown. And if you're in the vicinity of the DTE Energy Music Theatre, there's no better place to catch Dead & Company live, as they swing by for a show on Friday 10th September 2021. Pin the venue, save the date, and lock in your tickets now! 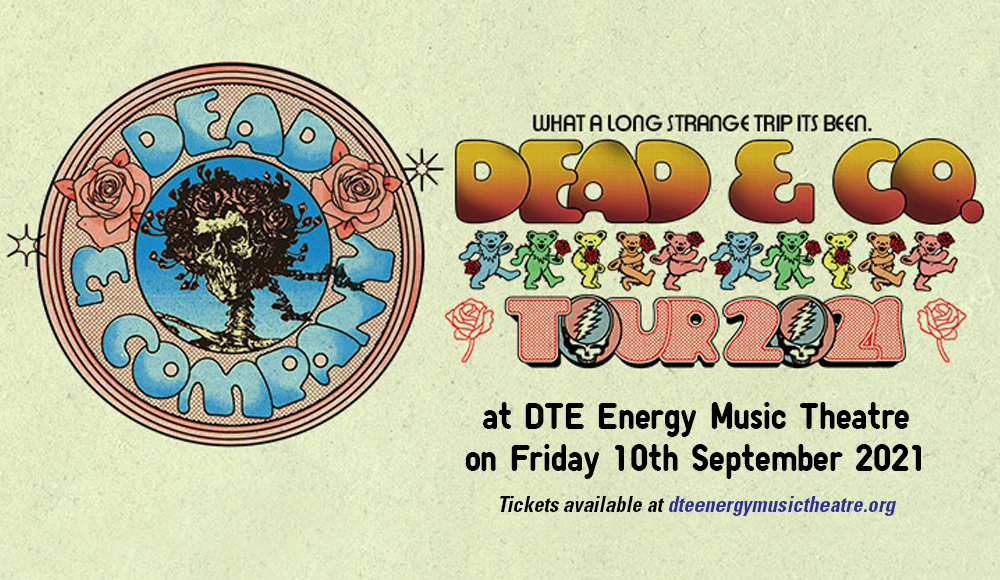 In 2011, John Mayer recounts how his obsession with the Grateful Dead music started. As he chanced upon the song "Althea" playing on Pandora, he would listen to nothing but Grateful Dead since. In 2015, while guest-hosting for The Late Late Show, he invited Grateful Dead guitar player Bob Weir for some studio recording performance. They developed a bond that soon expanded to Mayer's effort to master playing the Grateful Dead's extensive catalog. Soon afterward, Mayer and some original Grateful Dead members Weir, Hart, and Kreutzmann banded together, along with keyboardist Jeff Chimenti and bassist Oteil Burbridge. The band Dead & Company was born.

Dead and Company has begun touring extensively — expanding to larger venues as crowds swelled up to a combine audience of long-time Grateful Dead and newborn Dead & Company fans.

And all this comes with the blessing of Grateful Dead's original bassist, Phil Lesh, telling Rolling Stone magazine: "I think they're doing a great job. They're bringing the music to the people just like we always wanted to do, and I commend them for it. I hope they're having a good time. It's not something I could do myself. I'm done with that kind of touring."

Round up your blues and rock n' roll gang feel live music at its finest. Hurry, book your tickets now!