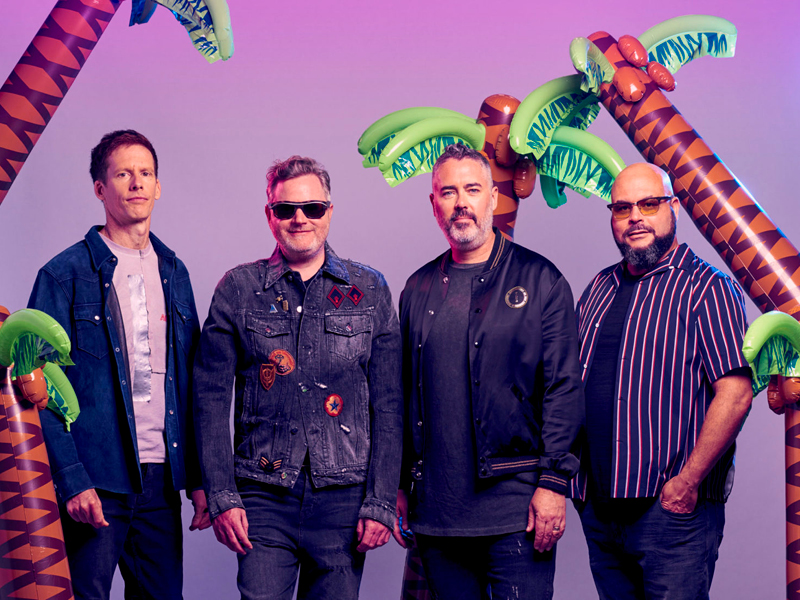 The Barenaked Ladies are Ed Robertson, Jim Creeggan, Kevin Hearn, and Tyler Stewart, a Canadian rock band formed in 1988 in Scarborough, Ontario. They have won multiple Juno Awards and have been nominated for two Grammy Awards. The group has sold over 15 million records, including albums and singles, and were inducted into the Canadian Music Hall of Fame in March 2018, had Ben & Jerry’s name an ice cream after them, wrote and recorded the theme song to the TV series The Big Bang Theory, and participated in the first-ever “space-to-earth musical collaboration” with astronaut Chris Hadfield.

Gin Blossoms’ are Bill Leen, Jesse Valenzuela, Robin Wilson, Scott "Scotty" Johnson and Scott Hessel, an American alternative rock band formed in 1987 in Tempe, Arizona, with six albums, two of which are Platinum selling and a Grammy award nomination for As Long as It Matters. Gin Blossoms’ blockbuster 1992 album New Miserable Experience spawned four Top 40 hit singles, sold more than 4 million units, and established the band as one of the top rock groups of that decade.