Backstreet's back, alright! And there's not stopping them from carrying out of what is said to be the Backstreet Boys' biggest arena tours in 18 years, triggered by the global success of its No. 1 and Grammy-nominated album "DNA". The "DNA World Tour" starts right here in North America and the boys have confirmed dates which include a stint at the DTE Energy Music Theatre on Thursday 23rd July 2020. Everybody out there raring to rock their bodies as true-blooded BSB fans will stop at nothing to get their hands on this hot ticket. Don't let this phenomenal show slip away. Save the date, secure your seat, and book those tickets right here, right now! 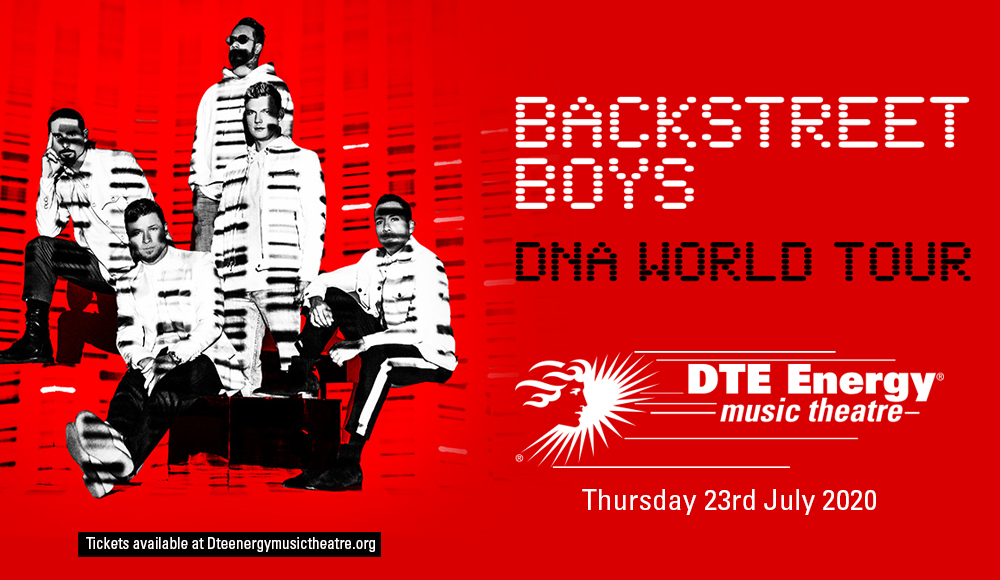 With over a hundred million albums sold worldwide, The Backstreet Boys has a staggering discography of hits. "Everybody (Backstreet's Back)", "As Long As You Love Me", "Quit Playing Games (with My Heart)", "I Want It That Way", "Larger than Life", "Show Me the Meaning of Being Lonely", "The One", "The Call", "Drowning"…the fans can list down and sing-along to their unbroken string of hits all night long.

As an official tweet with video had gone live and shared around social media, America was up on its feet. "North America you knew we’d be coming back again We’re so excited to bring the #DNAWorldTour to even more of you guys!!"

And with this, the boys have spoken that is indeed in their DNA to give their fans a show that's truly larger than life.

“We give our fans 100%, night after night, putting on the best Backstreet Boys show we can. We play our hits, we dance our asses off and we do it because we love our fans,” said Backstreet Boys member AJ McLean. “We have the best fans in the world. They come out to party and they sing at the top of their lungs and we feed off that energy. We can’t wait to take this show on the road again this summer.”

You know you want it…no go and book your tickets now!